Registered Retirement Savings Plans (RRSPs) are available to help Canadians save for their retirement years. In 2009, the Tax-Free Savings Account (TFSA) was introduced to Canadians age 18 and older to provide a savings vehicle to meet any ongoing savings need.

The tax assistance provided by a TFSA is, in many ways, the opposite to that provided through RRSPs.

Determining which savings plan, or combination of savings plans, is best depends on an individual’s personal situation and objectives. Anyone saving outside of an RRSP would consider contributing to a TFSA first.

To earn CE credits on topics such as tax planning, visit Manulife.ca/advisors

The RRSP contribution deadline for the 2021 taxation year is Tuesday March 1, 2022.

For individuals who wish to give cash to a charity:

1 Funds must remain in an RPP until termination of employment, death or retirement.
2 A plan sponsor can also choose to provide more favourable provisions.

What happens to locked-in pension funds?

If an individual was previously a member of a pension plan, they may be entitled to transfer their locked-in pension funds to a locked-in RRSP (also called a Locked-in Retirement Account or LIRA).

Locked-in funds are not generally available for cash withdrawal and must be used to provide some form of life retirement income. Various pension jurisdictions do allow for earlier access under the following circumstances:

Spouses can jointly elect to split up to 50 per cent of qualified retirement income with their spouse or common-law partner. This can result in a reduction of family taxes and can also minimize the impact on income-tested tax credits and benefits.

For more information on locked-in and unlocking rules that may apply, refer to the applicable provincial or federal pension authority.

An RRSP must mature no later than December 31 of the year in which the RRSP annuitant turns 71. The RRSP can be cashed in, annuitized or, as more commonly done, converted to a RRIF.

To determine the minimum amount that must be withdrawn from a RRIF in a given year for a specific annuitant, multiply the January 1 fair market value of the RRIF by the factor associated with the annuitant’s age on January 1. Clients can opt to use the age of their spouse or common-law partner if this election is made before the first withdrawal. No minimum withdrawal is required in the year a RRIF is established. To maximize tax-deferred growth in the RRIF, set up withdrawals to occur on December 31. While RRIFs have a minimum that must be withdrawn in a year, there is no maximum.

1 A qualifying RRIF is generally a RRIF established before 1993.

2 To calculate minimum annual withdrawals for below age 71, use the formula 1/(90-age).

There is no tax withheld upon death if the deceased owner was a Canadian resident for tax purposes. 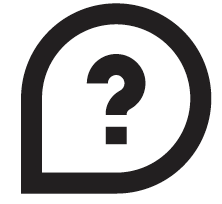 Under the provincial Insurance Acts full creditor protection may be available to registered plans and non-registered contracts where an appropriate beneficiary is named.

Canada Pension Plan (CPP) rates are adjusted every January to take into account increases in the cost of living, as measured by the Consumer Price Index.

1 If you are under the age of 70 and working outside of Québec while receiving your CPP or QPP retirement pension, you can make CPP contributions towards the Post-Retirement Benefit, a fully indexed lifetime benefit that increases your retirement income. Contributions are mandatory for working retirement pension recipients under age 65, while those aged 65 or above may elect not to contribute. If you are eligible, the Post-Retirement Benefit will be automatically paid to you the following year.

For more information on CPP, OAS and the GIS, visit Canada.ca.

Old Age Security (OAS) benefit rates are reviewed in January, April, July and October, and adjusted to keep pace with inflation, as measured by the Consumer Price Index.

The Guaranteed Income Supplement (GIS) tops up the Old Age Security pension for seniors with low incomes. Low-income seniors, 60 to 64 years old, may be eligible for a related allowance if their spouse is entitled to receive the OAS/GIS or has passed away.

For more information on fighting clawbacks, visit Tax and Retirement Services on www.manulifeim.ca/treps.