The Canadian demographic landscape is shifting as more Canadians (i.e., baby boomers) approach or navigate their way through retirement.

Improved life expectancy is a good thing but also means savings must last longer. Not surprisingly, many people are concerned about running out of money. Below are some strategies that can save taxes, potentially preserve income-tested benefits and tax credits, and help people feel more confident about the years ahead.

You are allowed to split qualified retirement income with your spouse,1 which can result in a significant reduction of family taxes and can also minimize the impact on valuable income-tested tax credits and benefits. If you have a spouse who is in a lower tax bracket, you and your spouse can elect to transfer up to 50 per cent of eligible pension income to the lower income spouse. Eligible pension income is defined as income eligible for the pension income credit.

If you are under age 65 for the entire year, the following types of income qualify for pension income splitting:2

If you are 65 or older, in addition to the above, income from RRIFs and annuities purchased with your RRSP and DPSP are eligible for pension income splitting. Government benefits such as Canada/ Quebec Pension Plan (CPP/QPP) and Old Age Security (OAS) do not qualify under the federal pension income-splitting rules.

Generally, income from non-registered investments will also not qualify. One exception is income from an annuity, including a guaranteed interest contract (GIC) provided by an insurance company. A GIC from a life insurance company reports the interest accrued as annuity income, which qualifies for the pension income credit and thus pension income splitting for those age 65 or older. The interest element of a non-registered annuity contract (prescribed and non-prescribed) also qualifies for those 65 or older. 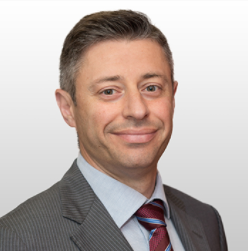 John is the Head of the Tax, Retirement & Estate Planning Services, Wealth team at Manulife. He and his team provide case-level support on tax, retirement, and estate planning matters to advisors across the country.

If you are between age 65 and 71, don’t have eligible pension income and would like some, consider converting a portion of your RRSP to a RRIF and then making a withdrawal. The RRIF withdrawal qualifies for the pension income credit and pension income splitting. This is particularly attractive if you plan to withdraw funds from your RRSP anyway. If you aren’t otherwise withdrawing from your RRSP, you should weigh the benefits of this strategy against the fact that you are withdrawing funds early from the tax-sheltered RRSP and paying tax before you otherwise would.

Although not part of the federal initiative with respect to pension income splitting, these government plans already allow spouses who are at least 60 years of age to share up to 50 per cent of the benefits earned while you were living together.

Contributing to a spousal RRSP can also result in tax savings. Unlike the pension income-splitting rules, spousal RRSPs provide income splitting at any age and are not restricted to 50 per cent if the attribution rules don’t apply.

Assume two spouses, both over age 65, living in British Columbia. The greatest benefit occurs by splitting an amount close to or equal to the maximum eligible. We have assumed a full 50 per cent split of eligible pension income and CPP.

Other income splitting strategies before retirement

Contributing to your spouse’s TFSA

Provided your spouse is a Canadian resident who is at least 18 years of age and has available TFSA contribution room, you can transfer property or funds to your spouse to contribute up to that amount to a TFSA in their name without any tax consequences or income attribution.

1. Includes a spouse or common‑law partner as defined by the Income Tax Act (Canada).
2. Quebec taxpayers under 65 can’t split pension income for provincial tax purposes as of January 1, 2014.